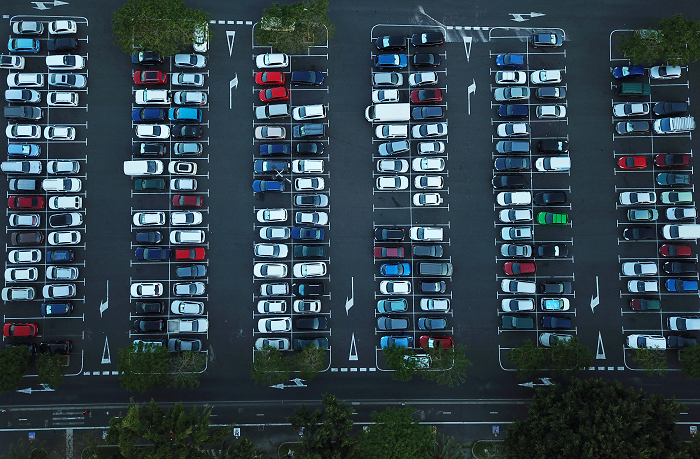 Statistics to support the installation of sprinkler systems in car parks show that in 99% of cark park fires where sprinklers are installed, the damage is minimal compared to those without. New car parks generally have sprinkler systems installed as part of their plans, but a fire at a multistorey car park in Liverpool without sprinklers in 2017 caused the loss of 1500 vehicles and an estimated £35m damage. Learning from the mistakes of others, car park operators are now looking to add sprinkler systems at their sites, but how can you install water pipes to an existing car park surrounded by complex infrastructure?

The problem: Galliford Try needed to install new 180mm MDPE water pipe to a long stay car park at Gatwick south terminal. The car park needed a service sprinkler system which would be connected to the main utilities at a distance of 330m under a service road, two drainage ditches, beneath other car parks and across a field and wooded area.

Terrain was predominately clay and heavily flooded which made trenching impossible.

The solution: Our team proposed two drilling runs at approximately 165m each, allowing for two long runs of pipe as the optimum route.

As some of the proposed route had existing utilities installed, we conducted a full radar scan to pinpoint any pipes to avoid and planned the drill to a depth of approximately 3m.

Another challenge at this site was the type of waste excavated by the drills. As the heavy clay at the site was flooded, the slurry was a challenge to collect and remove from site.  Our team worked with a suction slurry removal wagon as best way to keep disruption to a minimum.

The variety of terrain, including drainage ditches and dense woodland also meant pinpoint precision and planning were required. For a pipe installation at this distance, directional drilling is the ideal option as it creates minimal disturbance to land and the surrounding environment as well as avoiding the need to dig up car parks.

Any work at or near an airport poses challenges – with strict security and access restrictions plus the importance of minimising disruption our team were careful to comply with all of the requests of the contractor.

We completed the project in March 2018 on time and on budget with the client extremely satisfied.