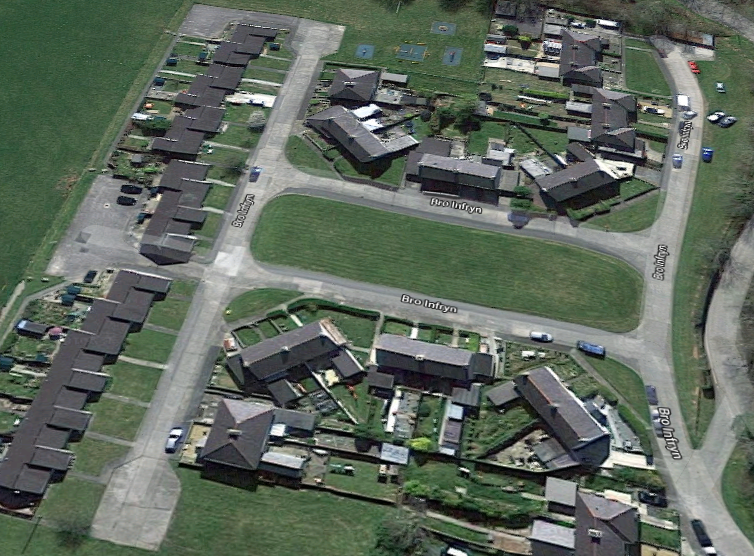 As part of the National Assembly for Wales’s programme to improve social housing standards in Wales, for a project to replace old lead water pipes and install new water pipes to 26 terraced houses on an estate near Bangor in North Wales, the obvious choice for the job was Mole Utilities.

The 26 houses, which are a mix of current and ex-social housing stock, have old lead mains water pipes which are leaky and potentially unsafe. The National Assembly for Wales has begun to replace lead water pipes in affected areas and this is our second large-scale water pipe installation in the past few months.

Working with local contractors GH James Cyf our Mole experts assessed the sites and decided on a programme of directional drilling and moling to install brand new mains water pipes to the 26 properties.

Lead water pipes were widely used for everything from plumbing to electronics up until the government ban in the seventies. It is now known that over time, exposure to lead can affect health, with the greatest risk being to children under six and to pregnant women. As a result, use of lead for pipes was banned and has not been used for water pipes since 1970.

Instead of replacing the pipes over a number of visits as problems arise, Mole Utilities and GH James mobilised their teams and completed the terraced house water pipe replacement work in succession, ensuring minimal impact on residents and reducing the cost of repeated visits.

As the houses were a mixture of terraced and semi detached, trenching for the new pipes was not an option. The dangers of running pipes underneath houses means that a mole or directional drill in front of the properties would be ideal and help to ensure against problems in future. Trenching also creates large-scale disruption to paths and front gardens so our specialist directional drilling and moling were by far the best option at this site.

With moling and drilling distances between 4.5m and 12m as well as a range of ground conditions, the team worked skilfully to assess each site in turn and ensure the most effective solution was used for each property. The team used our specialist 4X drill, which is designed for use where access or space are restricted, requiring only a small area to set up and start drilling. The 63mm MDPE pipe was then pulled through and connected to the water pipes inside each house, reinstating mains water with a durable, lead-free, plastic pipe.

We make terraced house water pipe replacement and semi-detached house water replacements easy! Contact us to find out how we can complete these works for both commercial and domestic projects. 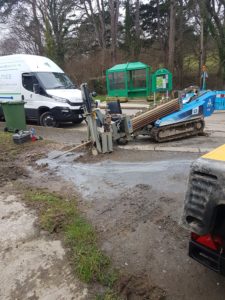